Today we are honoring our nations veterans for their service and sacrifice. A single day of reflection stands as a mere starting point in celebrating the brave heroes of the armed services. We are thrilled to announce the launch of a new program that will provide new opportunities and green jobs for local veterans throughout Western Pennsylvania.

DECO is partnering with Simpatico Espresso with the support of New Sun Rising on a project called Sustainable Grounds. The project spurred from an idea by local entrepreneur and owner of Downtown’s Simpatico Espresso, Ward Payne. Ward wanted a place to take his spent coffee grounds beside the dumpster behind his building. Coffee grounds and vegetable scraps make excellent fodder for compost. By returning coffee grounds into the soil, a business can reduce waste and improve production for urban farms. Ward named the project Sustainable Grounds. DECO has been working with Simpatico for over a year to improve sustainability at the coffee shop. DECO’s President and Environmental Director, Anthony Stewart, brought years of experience in environmental management and sustainable best practices to the project. Anthony’s previous venture called Peace Garden Pittsburgh was founded in 2009 and its mission was to convert vacant lots into productive community gardens. Peace Garden was responsible for creating two food gardens in the City of Pittsburgh, including the Einhorn Community Garden in Southside and another garden in Point Breeze.

Kylie McCracken, a student of Multiplatform Journalism at Duquesne University, interviewed Anthony and Ward about the project and produced the following video:

The military is the great incubator of leadership for business. – John Stakeley in Veterans’ Stories: Project 412

Challenges include managing and maintaining the reclaimed lots and engaging community participation. Anthony’s stepfather is a retired 20 year veteran of the US Air Force who now puts significant time and energy into his garden. Anthony noticed that the garden provided a source of pride as well as fresh produce. This project will try to scale this success and allow other veterans to serve as leaders in their neighborhoods through managing the redevelopment of vacant lots.

The following images depict the Southside garden before and after the lot was reclaimed. 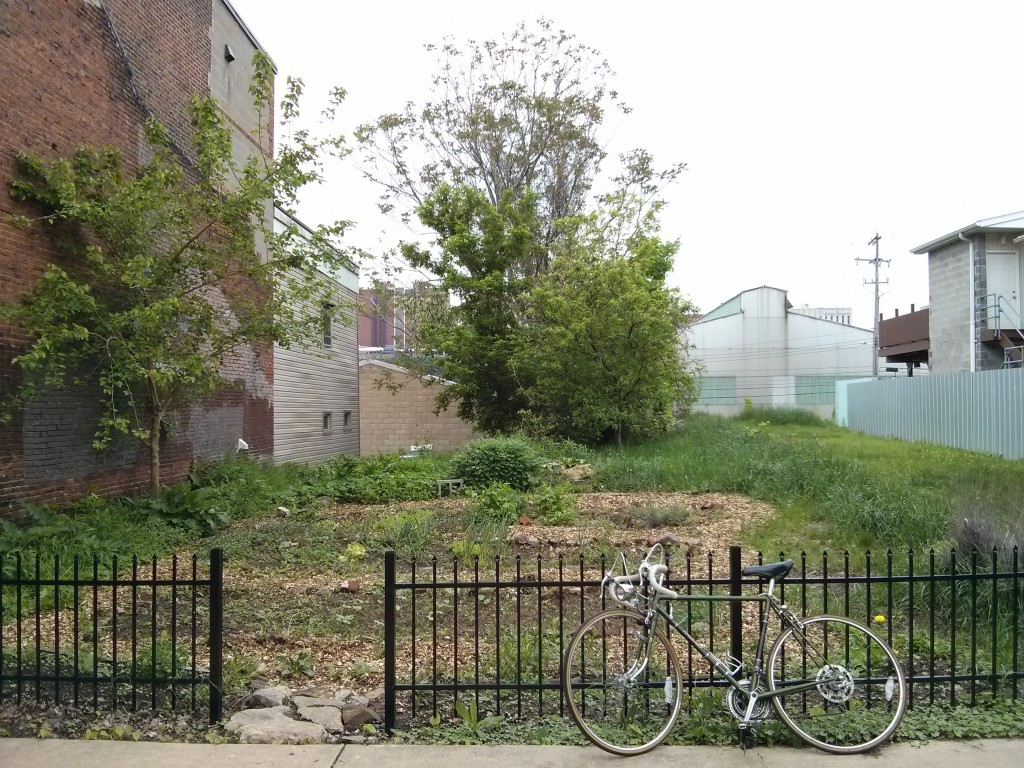 A derelict house adjacent to the garden was demolished, eliminating blight and providing open space for the community to work and play. Anthony recruited a large team for the garden project, including Iraq War Veteran Joe Cooper, a nuclear, biological, and chemical specialist with the US Marines. Since completing his military service, Joe participated in the first class of Leadership Pittsburgh’s Community Leadership Course for Veterans and helped to produce Veteran’s Stories: Project 412. Joe will serve as an adviser for Sustainable Grounds. 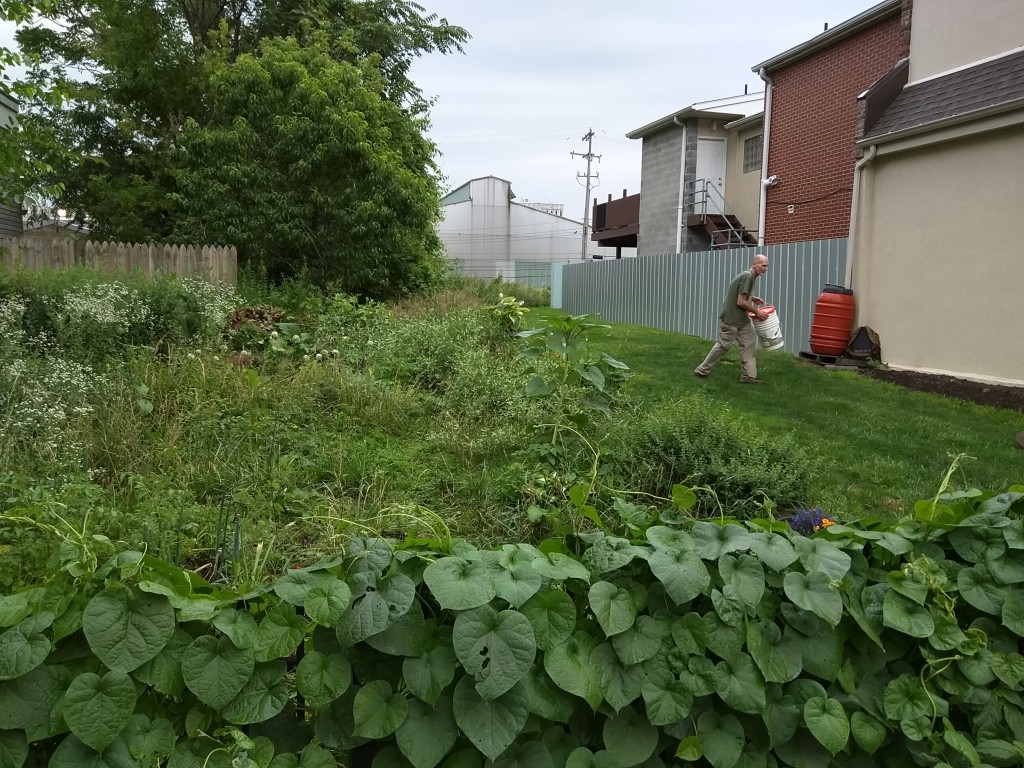 Ward takes compost from his coffee shop in Downtown to the garden in Southside.