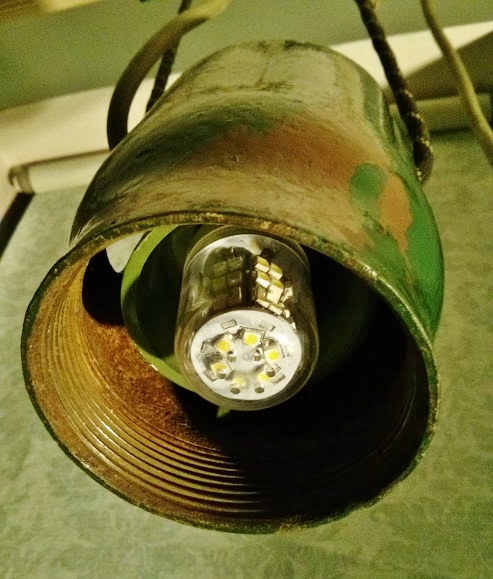 “You don’t notice lighting until it’s gone,” says local lighting consultant and owner of LED Light Shed, Barry Stolar. But once you take notice, there can be a lot to learn about lighting. Last week, I visited the certified LEED Platinum office of the Green Building Alliance to participate in an energy audit. During the audit, it was pointed out that a majority of the lighting was made up of fluorescent tube lights, which is standard for office lighting. Follow the link to see a great video on recycling fluorescent lamps. One environmental concern is that fluorescent tubes contain mercury. This also seems at odds with the high standards of environmental protection set by LEED guidelines. LEED stands for Leadership in Energy & Environmental Design.

According to the newest member of our Green Team, LEED Green Associate Melissa Daly, “Fluorescent lights and other mercury-containing lamps are permitted to be used in buildings pursuing LEED construction. However, the building is required to have facilities that allow for the safe collection, storage, and disposal” of hazardous materials like mercury-containing lamps, batteries, and other electronic waste. Essentially, fluorescent tube lights and their smaller cousin,  CFL’s, do not pose a danger in the home or office until one is accidentally broken, at which point the mercury will be released and can be harmful. Additionally, having products that contain mercury inherently poses a risk to the environment from sourcing of materials to disposal of the product. 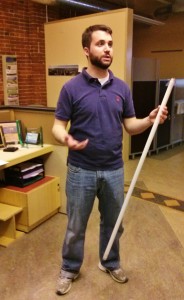 Tom Cosgro of RCx Building Diagnostics with a fluorescent tube light at the Green Building Alliance office in April.

Stolar says that LEDs offer a greener alternative to lighting. Not only are LEDs less hazardous but they also typically use significantly less energy, which conserves resources and saves money in the long run. According to energy.gov, “about 10 percent of the average household’s energy use goes to lighting costs.” LEDs are also known to last much longer than incandescent or fluorescent bulbs. An LED can have a life expectancy of over 30,000 hours, which is over three years of continuous 24-hour use. Once the life expectancy is reached, 50% of the bulbs should be performing at 70% of their original intensity.

10 percent of the average household’s energy use goes to lighting costs.

Below are some of the different LED bulbs being tested at the DECO Research Laboratory: 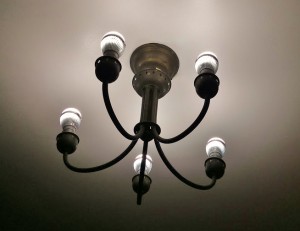 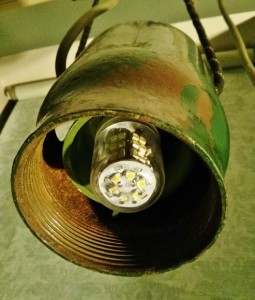 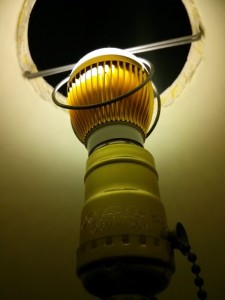 When planning for lighting, the goal according to Stolar is to get “the right amount of the right type to the right place.” This means looking at fixtures, end types, lumen output and range requirements, color temperature (not to be confused with actual bulb temperature), voltage and amperage, length of time lights will be on, switches versus room sensors, drivers, heat sinks, ballasts, dimmers, light intensity, spectrum, lifecycle, daylighting, natural lighting, and outdoor versus indoor use. Whew! Stolar also noted that commercial lighting can have an impact on how customers view a product or company. Designers may fail to consider the social implications of appropriate lighting. Lights and fixtures should be as integral to a building’s design as other elements like walls and flooring.

Earlier this week, I visited another building that is not only certified LEED platinum but also pursuing the rigorous Living Building Challenge: Phipps Center for Sustainable Landscapes. DECO’s water resources team is managing the water testing for the CSL’s water treatment and reuse system. While there, I noticed a combination of lighting at Phipps that included fluorescent tube lights. According to the Living Building Challenge, which prohibits the use of certain hazardous materials including mercury, “a temporary exception is made for low-mercury fluorescent lighting.”

Although some of the most environmentally progressive buildings in the region are still using fluorescent tube lights, the City of Pittsburgh has opted for LEDs in the cities’ streetlights. I talked to Brian McGee of Gormley-Farrington, an electrical and lighting manufacturers representative that furnished the streetlights to the city. Despite having a reputation for higher up-front costs, LEDs are becoming more affordable. “You’re losing money every year you don’t switch out” to LEDs, McGee said. The longer lifespan for LEDs means that city crews will spend less time replacing bulbs. The largest savings come from the lower cost of operating LEDs, which are far more efficient than alternatives. According to McGee, nearly 90 percent of Gormley-Farrington’s sales now come from LEDs.

Even with energy savings and few toxic materials, LEDs are not completely environmentally friendly. According to ledsmagazine.com, the University of Pittsburgh performed a study finding that LEDs have “more negative environmental and health effects than the other technologies during manufacturing.” However, despite the drawbacks in manufacturing, Pitt’s cradle-to-grave assessment of various street lights, including LEDs, high pressure sodium, metal halide, and inductions lamps concluded that LEDs were the superior option. The following table illustrates the results: 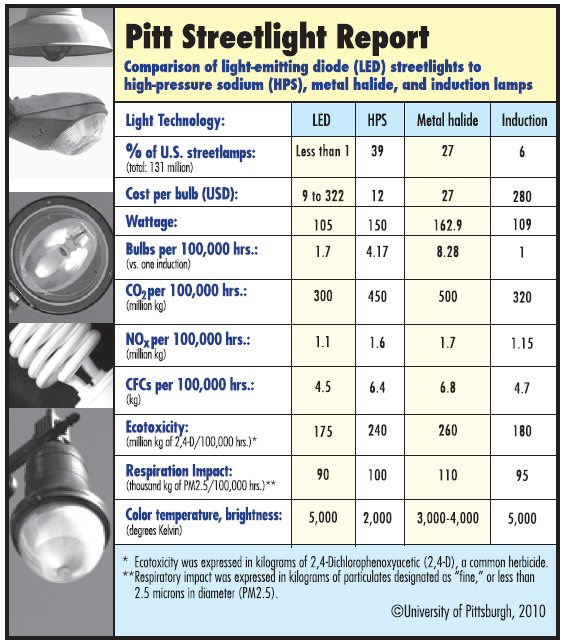 Hopefully we were able to shed some light on this complex topic with some illuminating facts. DECO Resources would like to thank Barry Stolar and Brian McGee for their time and energy on this report. For more information on lighting and LEDs, feel free to contact us or our sponsor: the LED Light Shed. 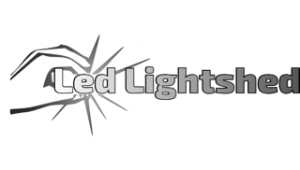