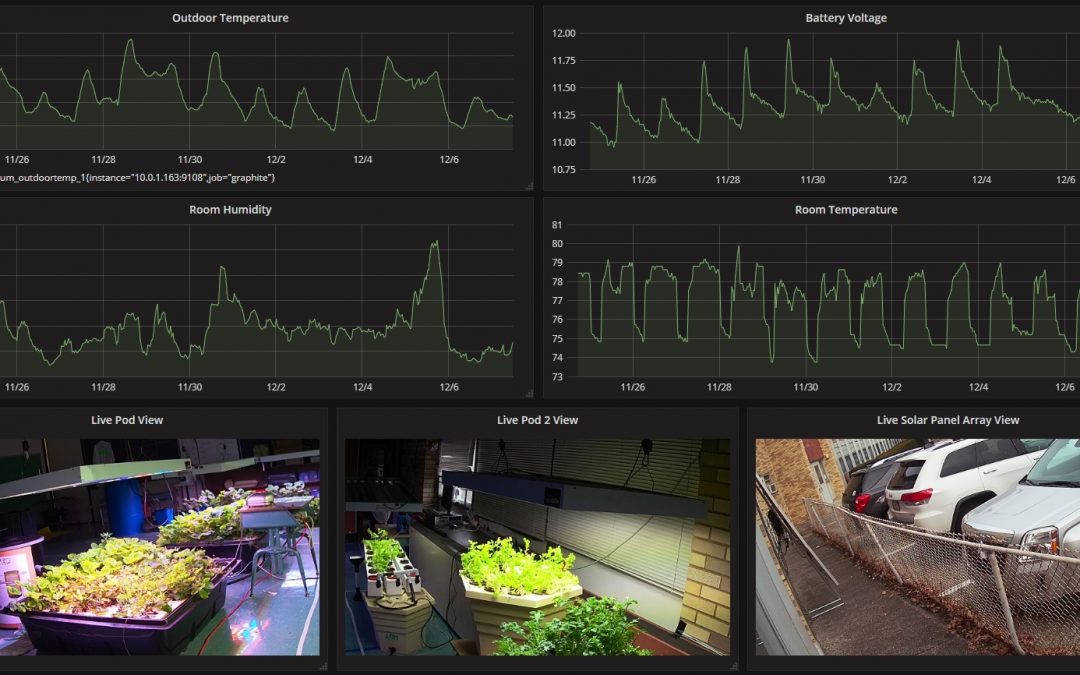 DECO Resources moved to Pittsburgh’s Allentown neighborhood in early 2014 to join Work Hard Pittsburgh, a newly-opened business incubator. There, founder Anthony Stewart met, among other entrepreneurs, the team of Meta Mesh Wireless Communities. Meta Mesh was working to build a distributed network of WiFi hubs to provide internet access to people in the neighborhood. It didn’t take long for us to start collaborating. Together, DECO and Meta Mesh set a goal to build a system that would allow for completely wireless internet that would be powered by off-grid solar. 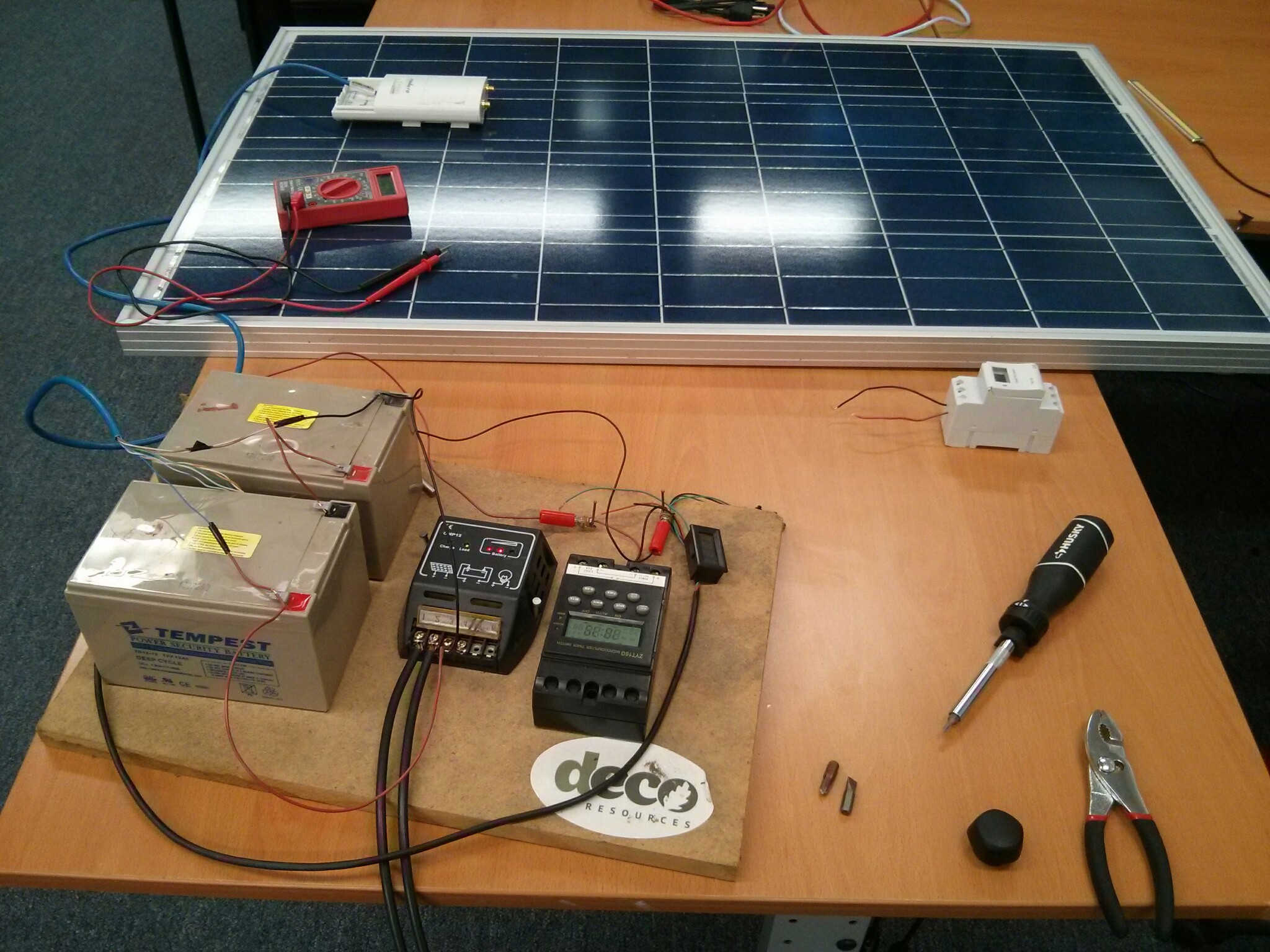 By November of 2014, DECO built and tested a solar powered WiFi hub that allowed for completely wireless internet access. This system was 100% off-grid, which would make installation and deployment much easier. However, the system was bulky and expensive. Over the next few years, we continued to work with Meta Mesh with support from New Sun Rising, a nonprofit organization that helps startups with strategic planning. We were able to reduce the size and cost of the equipment and refined our business model.

We launched the world’s first solar powered aquaponics WiFi hub in May of 2016. The system produced fresh food while cleaning stormwater and provided free WiFi access to volunteers at the Gardens of Millvale. Our work was documented by another member of Work Hard Pittsburgh, film maker Ryan Haggerty. Working with residents at the Millvale Library and volunteer gardeners, we were able to test the new technology and make further improvements while educating the community on renewable energy, green infrastructure, computer networking, and electronics. Our second solar aquaponics WiFi hub was completed in August of that year thanks to partners at Penn Forest Natural Burial Park in Verona. This year, we adapted the technology to power an irrigation system for 750 hop plants in Washington County for the Pittsburgh Hop Company. 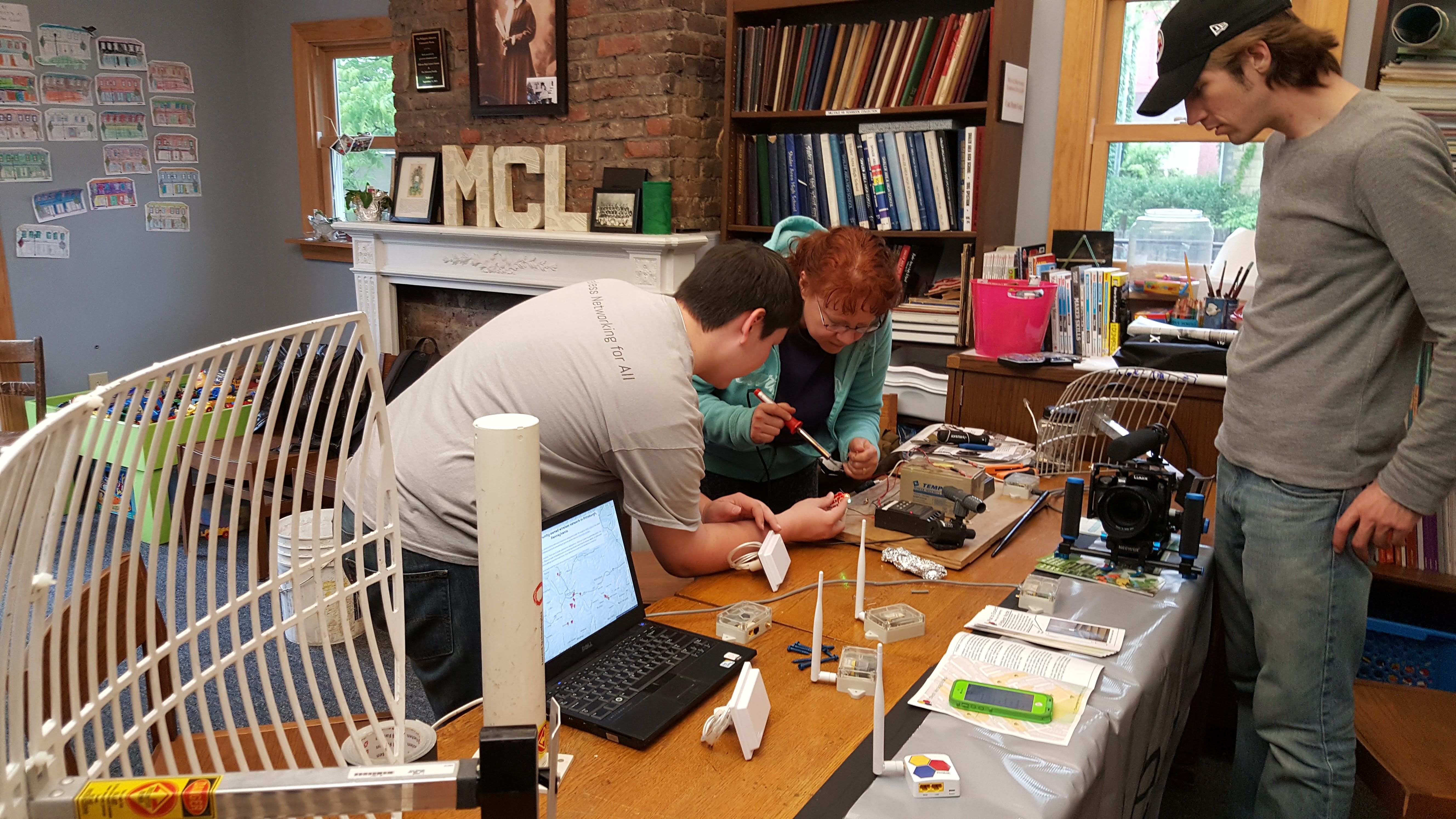 Our team is now working with Regency Grows, a student-run organization that grows strawberries, lettuce, and tilapia at Regency Elementary School in Plum. The aquaponics system is from locally-owned Seed Aquaponics, which holds up to 50 plants in two grow beds and houses up to 15 pounds of fish. The system is run on our  360-watt solar array, which was installed in early November. The solar array has already survived a tornado that caused a power outage in the community. 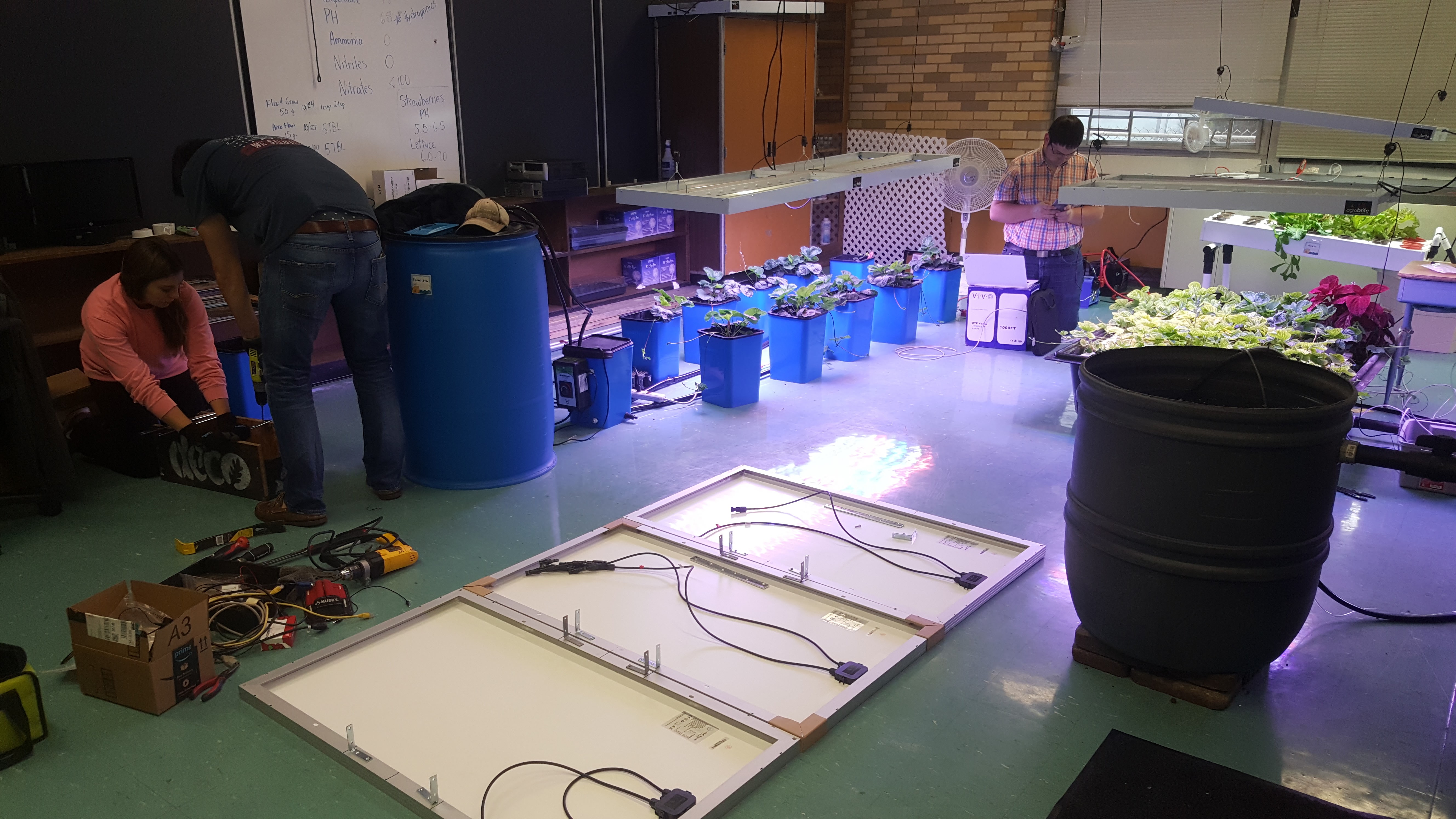 Instead of providing WiFi, which the school already has, we are using our solar hub to collect environmental data in addition to powering the aquaponics system. Data being captured includes indoor and outdoor air temperature, water temperature, humidity, and battery performance. The system also hosts three cameras that capture progress photos of the plants growing. This data is useful for monitoring how the equipment is operating and creates a backbone to support additional features in the future, like automation of pumps or valves. Two weeks of data is displayed by the graphs in the following image, as well as snapshots of growing plants and a live view of the solar panel array. 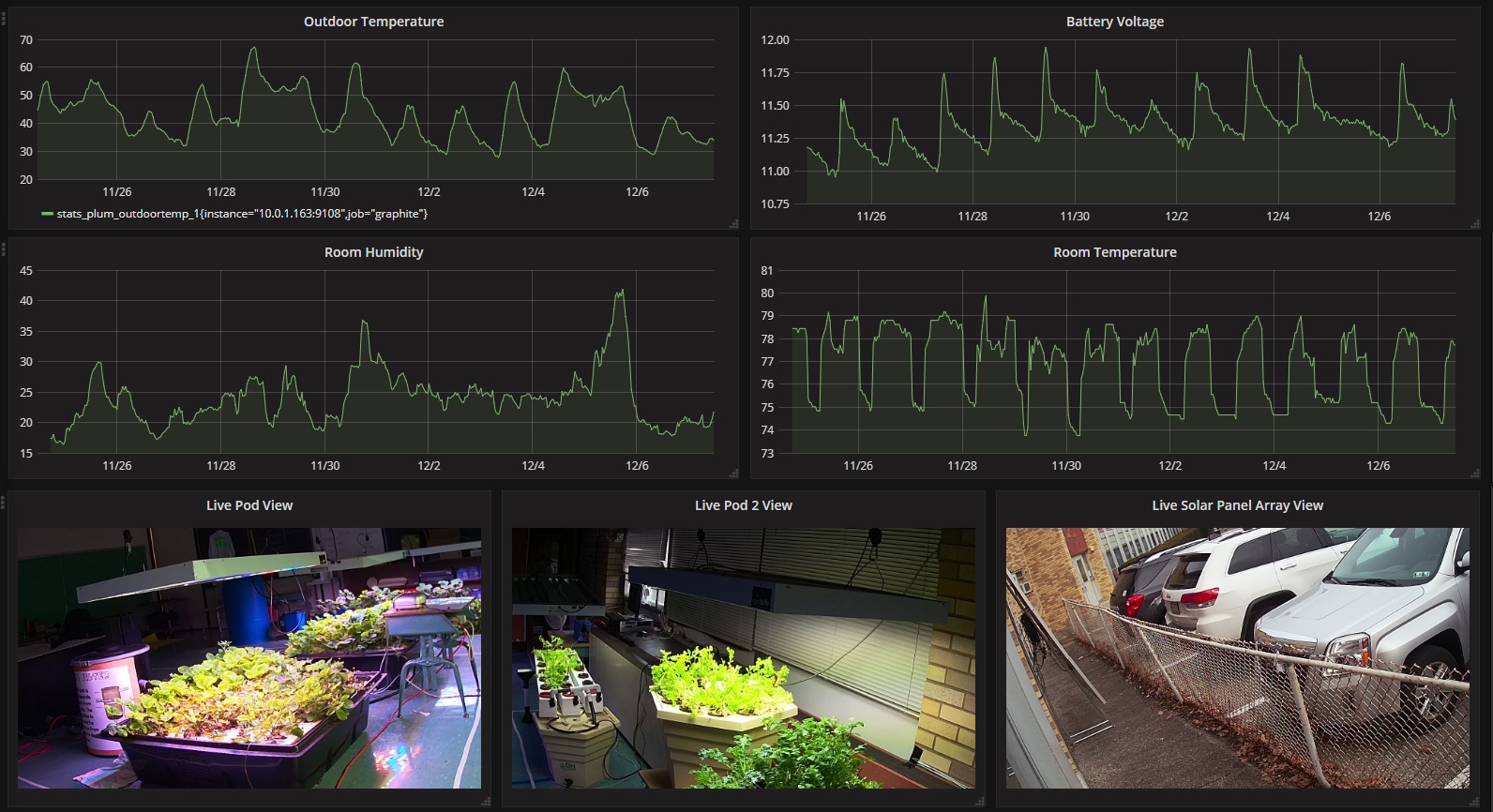 As we continue to partner with local organizations and bring more of these systems online, we will assemble a unique set of environmental data from across the Pittsburgh area. This data will help us make recommendations for planning on solar panels and green infrastructure while helping identify potential public health risks. We will continue to seek new and innovative applications for this technology and grow our knowledge base. Join us in expanding our network by hosting an environmental hub at your home or office.