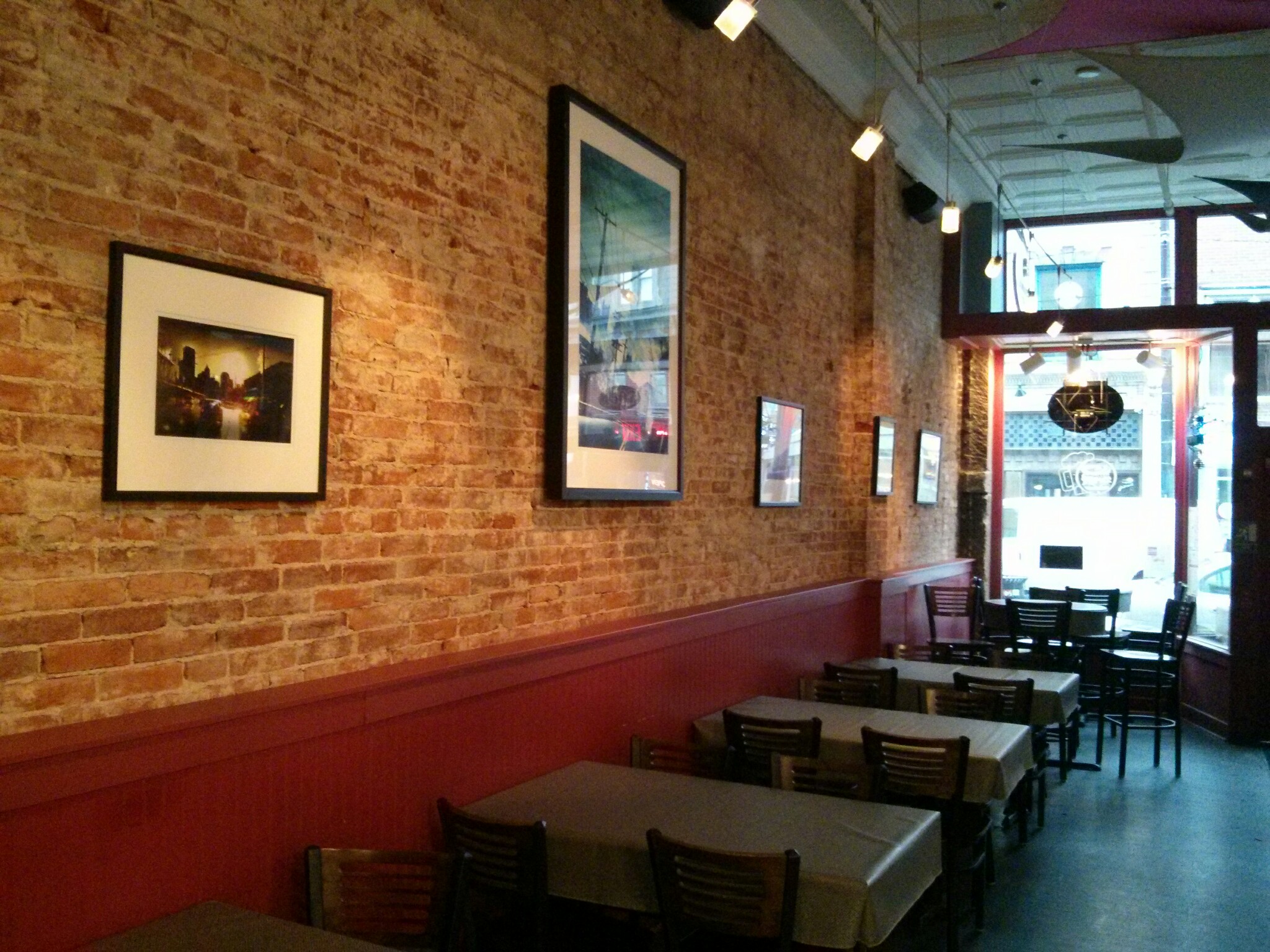 Few things are better than free beer. It tastes delicious, is sure to draw a pack of interesting characters, and it’s a great way to try new flavors without the risk of buying a beer that you don’t love. The Carson Street Deli in Southside, Pittsburgh has been offering four samples of beer every Wednesday for over five years. Although the atmosphere has changed over the years, with the addition of a spacious bar, improvements to the lighting, and a few accents that highlight the building’s historic structure, the Wednesday beer sampling has remained steadfast. 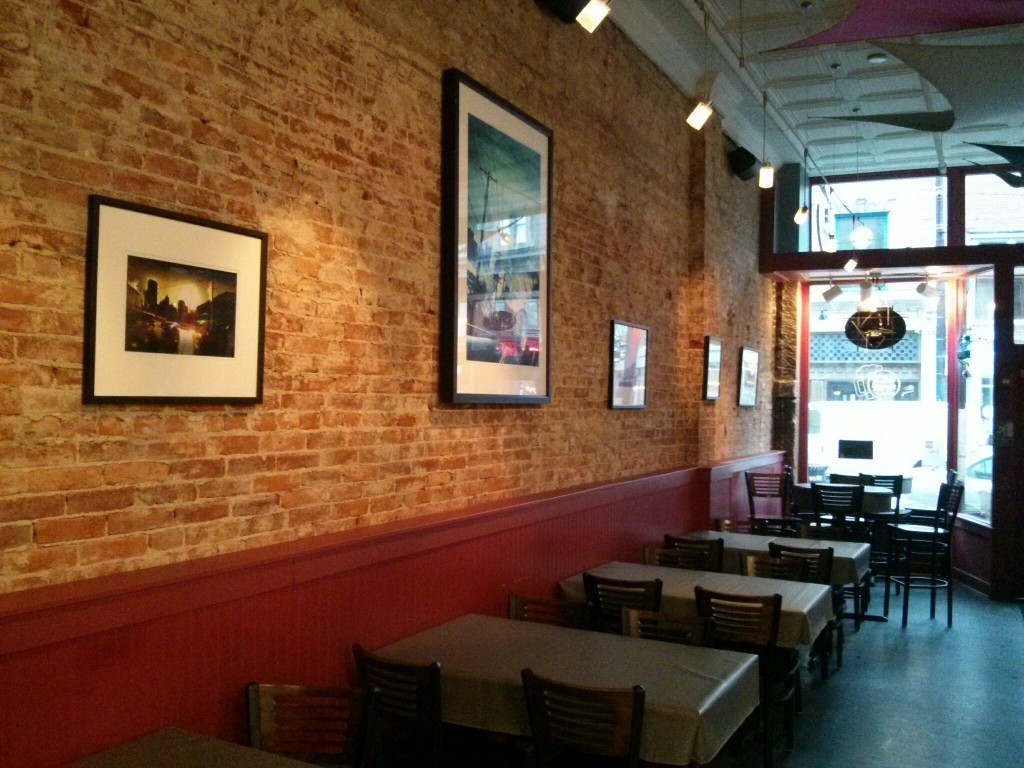 One upgrade saw the installation of 20 beer taps and one firkin handle behind the bar. Most days, every single tap is occupied by a local brew.

“I don’t have local beers because they’re local.” Says deli owner Mike Murphy, “I have them because they’re delicious!” He makes a good point. The Carson Street Deli offers some of the most prestigious beers from around the world. Some labels are so rare that they can’t be found anywhere in Pittsburgh other than the Deli. The impressive number of local beer varieties on tap is both a testament to the quality of beer brewed in Western Pennsylvania and tasty portrayal of the Deli’s commitment to sourcing fresh, distinctive ingredients.

The same process is applied to the sourcing of their food products. With their unique offering of recipes and incredible variety of beverages, the Carson Street Deli is certainly “more than a deli” as reported by the Times Online. Of all their local ingredients, our favorites are those grown on the patio. Each summer, the outside courtyard is transformed into a green oasis of basil, parsley, and other herbs that are used in many of the dishes on the menu.

Part of the Solution

When your supply chain relies on local products that, in turn, rely on high quality natural resources, it becomes standard business practice to protect those resources. In this case, the product is locally crafted beer and the resource is our local water supply: The Rivers. The quality of our three rivers is affected by two preventable problems: First is direct runoff that pours into our rivers and second is sewage that gets dumped into the rivers during rain storms where runoff overwhelms the sewer system. Diverting or capturing rainwater can help alleviate both problems.

The DECO team was hired to help the Deli capture storm water for the garden with a rain barrel in July of 2014. Overflow from the system is diverted into a rain garden at the edge of the patio, effectively reducing runoff. By diverting the rain water from the sewers, the Carson Street Deli is effectively doing their part to help alleviate Pittsburgh’s combined sewer overflow problem. 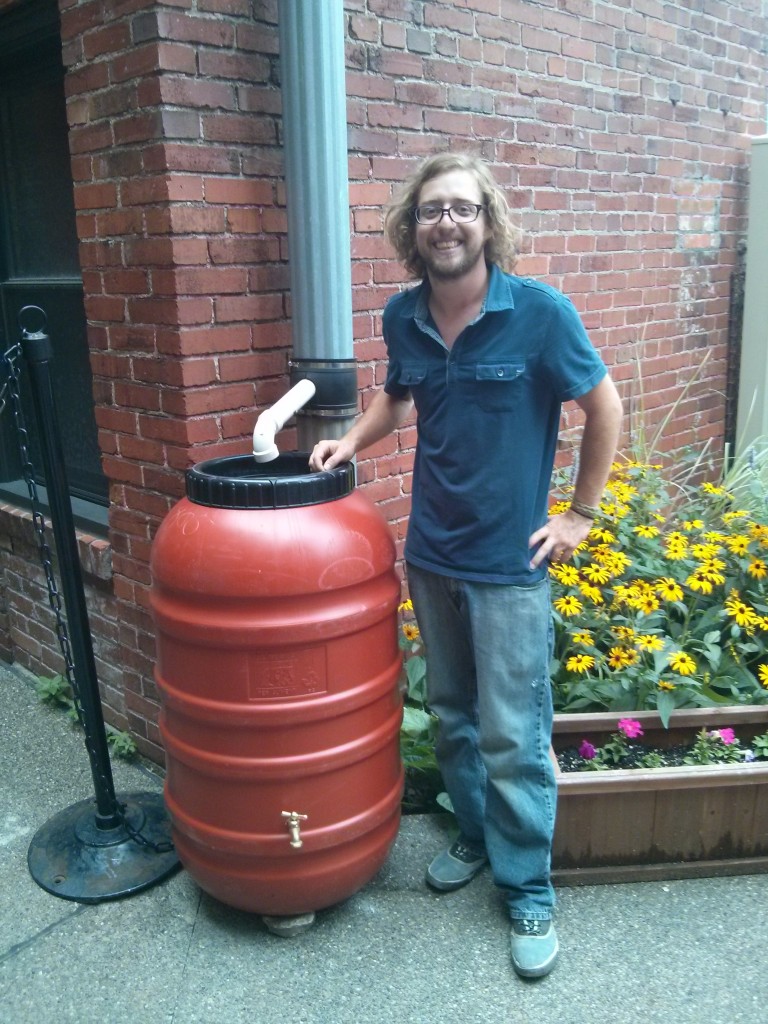 We are proud to support the Carson Street Deli because of their dedication to supporting local products and a healthy environment. Good beer starts with clean water and the Deli is helping to improve our local water supply by capturing and using rainwater in their garden. This effort is surely appreciated by the local brewers featured on the deli’s taps, some of which are Voodoo, Lavery, Fat Heads, East End, Penn, Full Pint, Milkman, Grist House, Helltown, Rock Bottom, and beer-alternative Arsenal cider. We are fortunate to have an abundance of locally made beer and places like the Deli that support fresh, local products.

The Carson Street Deli has created an equitable solution to support environmental sustainability with green infrastructure that will indirectly improve the natural resources used by local brewers. Who would have thought that free beer could drive solutions for solving major infrastructure challenges? Mike Murphy, that’s who!